Has Christianity Failed in India? 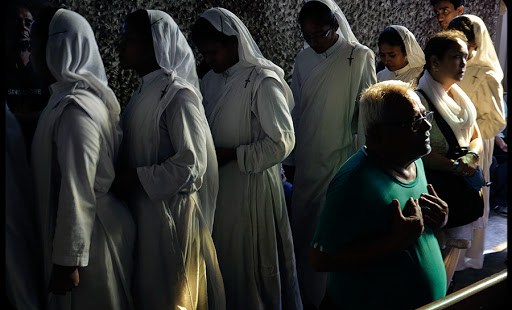 There are some who want you to believe so

In the Indian magazine Outlook, Tony Joseph recently sought to find Why Christianity Failed In India. That is a deeply troubling question for Christians anywhere, and all the more so given India’s vast importance in the world. By the 2040s, that country will have the world’s largest population, perhaps 1.5 billion. But is Joseph right?

Before reading his argument, it is important to know where he is coming from. In no sense is Joseph writing an anti-Christian rant, denouncing that faith as some kind of sinister foreign importation into India. To the contrary, he is arguing against that kind of bigotry, which has become so widespread in recent years, as Hindu extremists try to condemn and root out all other creeds. He rejects any suggestion that Christianity is a surging menace threatening pure Hindu India, so that therefore, extremist claims should be treated with a major pinch of salt, and should not supply the basis for official anti-Christian measures. He favors a secular nation that gives preference to no one faith.

To support his argument, though, he must make the Christian presence seem as small and non-threatening as possible. Christians have been in India a very long time, probably since the first century, he says, and what have they achieved? After all that time, Christians make up a tiny fragment of the population. “The fact is, the story of Christianity in India is a story of dismal failure, demographically speaking…. what does Indian Christianity have to show for its humongous effort in terms of men, money and material, over two millennia? Almost zilch—or somewhere between two and three per cent of the population. And that number is on the way down, not up—from 2.6 per cent in 1971 to 2.3 per cent in 2001. The census figures for 2011 have not been officially released yet, but leaked figures suggest that there may have been another small decline.”

In India, he suggests, Christianity is doing far worse than in most parts of the world, while Hinduism is booming. Presently, he declares, around 78 percent of Indians are Hindus.

Well, yes and no. Nobody can claim that Christianity has claimed major shares of the Indian population, or that it is likely to do so in the near future. But some counter-arguments do need to be stressed, especially about the overall numbers. No sane person believes the religious content of the Indian national census, which is one of the world’s great works of creative fiction. At all levels, there is enormous pressure of all kinds – cultural, political and bureaucratic – to minimize the presence of all non-Hindu religions, including Hindus, Muslims and Buddhists. That pressure becomes overwhelming when dealing with people of low and no caste, those who are most tempted to defect to one of the alternative faiths. Bureaucrats are especially hard to convince in matters of religious conversion from Hinduism.

That matters because such low or no caste people are so very numerous. India presently has over 200 million Dalits, the so-called untouchables. If the census is failing to pick up just a few percent of those groups who have converted to other faiths, that is potentially a huge number. In consequence, the estimate of India as 78 percent Hindu represents an extreme higher-end estimate, achieved only by making that the default stance adopted  and enforced by census takers and bureaucrats. I would confidently expect future estimates of Christian numbers to decline still further as the government attitudes become chillier – which has nothing whatever to do with actual numbers on the ground.

It is puzzling, then, to see Joseph quoting the census figures, and his suggestion of numerical decline runs flat contrary to the opinions of virtually all local observers. A more realistic estimate of India’s Christian population today would put it closer to four percent, say 45 million people. Is that still a tiny minority? Certainly. But it still means that India has a larger Christian population than virtually any European nation.