Some of the oldest Western Christian architecture is in Northern Spain 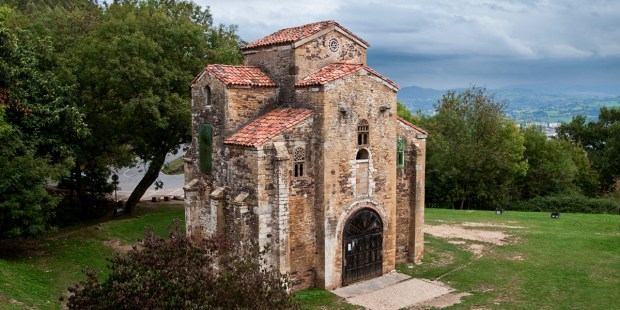 At a time when most of Spain was under Muslim rule, Christianity thrived in northern Spain.

The Kingdom of Asturias, part of present day northern Spain, was founded in 718 by Visigothic nobleman Pelagius. It was one of the first Christian states established in the Iberian peninsula, at a time when Muslim rulers were conquering much of modern-day Spain and Portugal. During the 9th century, most of the southern Iberian peninsula was under Muslim rule. But Christianity kept thriving in the Kingdom of Asturias, where a brand new architectural style was born.

Known as the pre-Romanesque style, it is considered a blueprint for later expressions of Christian architecture in Europe. The first examples of Asturias pre-Romanesque were crafted during the Kingdom of Ramiro I (790 – 850) and are sometimes referred to as “Ramir style.” Key elements of this style are the use of sandstone and architectural innovations that broke with the previous Visigothic style, such as the use of the vaulted arch.

Here are some of the most notable examples of one of the most ancient styles of Christian architecture in Europe:

Completed in 842 and consecrated in 848, this church was part of King Ramiro I Royal palace built on Mount Naranco, located just 1.9 miles from the town of Oviedo. Built with local sandstone, it fits right in with its surrounding mountain landscape.

The use of architectural innovations like the vaulted arch impressed many travelers at the time. It was highlighted in the Historia Silense, a document written in the 8th century to register Asturian history, where it is stated that Ramiro I built “a palace without wood, of admirable construction and vaulted below and above.” The church was declared a national monument in 1885 and a UNESCO World Heritage Site in 1985.