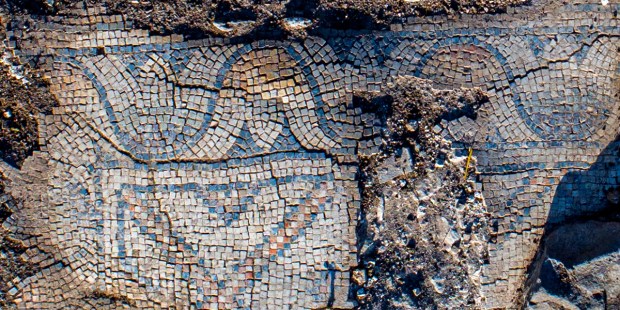 Researchers believe the church was part of a monastery near the Lower Galilee village of Kfar Kama.

Archaeologists have unearthed a 1,300-year-old Byzantine church at the foot of Mount Tabor, which, according to the New Testament, is the site of Jesus’ Transfiguration.

The Israel Antiquities Authority, along with the Kinneret Academic College, conducted the excavation that led to the discovery of the church in the Lower Galilee village of Kfar Kama, reported The Algemeiner.

Lead archaeologist Nurit Feig said, “The church, measuring 12×36 [meters], includes a large courtyard, a narthex foyer and a central hall. Particular to this church is the existence of three apses (prayer niches), while most churches were characterized by a single apse,” according to the report.

Researchers believe that the church was part of a monastery that was built on the outskirts of the village.

Since the early Byzantine era, the site has been a sacred one for Christians, who believe it is the location of Jesus’ Transfiguration, described in scripture. In Mark, Matthew and Luke, Jesus takes Peter James, and John to a high mountain where he becomes bathed in radiant light, a sign of his glory.

According to the Times of Israel, pottery found at the site indicates that the church was builtin the 6th century, during a “building boom” of churches in Galilee.

During the excavation, archaeologists discovered colorful floor mosaics, in geometric patterns, with blue geometric red tiles. A saint’s reliquary was also unearthed, but researchers so far have not been able to determine which saint’s bones were contained in the small stone box found at the site.

The excavation is part of an archaeological research project on churches in the Holy Land and eastern Mediterranean, which is being funded by the Israel Science Foundation.