Christians were not always called “Christians” 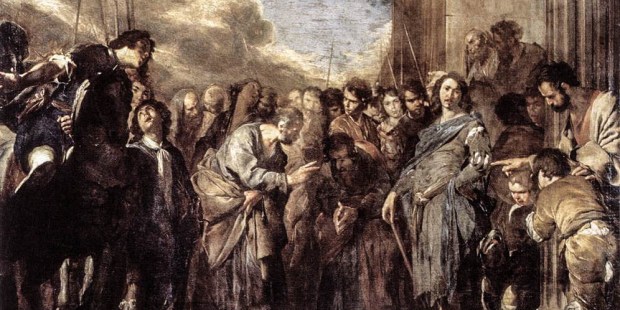 The word “Christian” is only used three times in the New Testament.

Click here to launch the slideshow
Christians were not always “Christians.” That is, the members of the early Church didn’t refer to themselves as “Christians.” So where did this name come from?

When we look at the texts that make up the New Testament, we find early communities would rather call themselves “saints,” if anything. It should be noticed, though, that in the original Greek the word “saint” (hagios) has slightly different connotations than it might have for us nowadays in either English or any other language. The Greek hagios, in this particular context, simply means “consecrated to God.” The fact that the word always appears in the plural in the New Testament reveals the early church considered itself a community of people working and living together in the service of God.

Read more:
Is this cave in Turkey the place where Saint Peter celebrated Mass?

Members of the early church were called “Christians” for the first time, according to the book of Acts (Cf. Acts 11:26), in Antioch. The other two moments in which the word appears in the New Testament are Acts 26:28 and 1 Peter 4:16. The first text (Acts 11:26, that is) doesn’t provide for much detail on how this name came to be. It simply states “the disciples were called Christians first at Antioch,” after Barnabas brought Paul to the city (where they taught the disciples for about a year) and nothing more. But if this this was not a name Jesus’ disciples would call themselves, where did the name come from, then?

Read more:
What does the word “church” mean?

One thing is certain: the fact that a new term had to be coined to refer to Christians in Antioch reveals the mission had been quite successful. Whereas some scholars assume the name “Christian” was originally somehow derogatory, it seems it was rather a simple means to establish a distinction between these communities and other Jews, especially since the early Church, in a cosmopolitan city such as Antioch, was already including gentiles. In fact, as John W. Martens explains in his article on the matter, these “Christians” represent “a particular Jewish position regarding the identity of the Messiah and the entry of gentiles into the Jewish community, but this does not mean they no longer consider themselves or that others no longer consider them Jews.” In any case, in a cosmopolitan city such as Antioch, where people from different corners of the Roman Empire was already living together, the Church somehow helped redefine the notions of community by including Jews and gentiles alike in a single, new grouping.